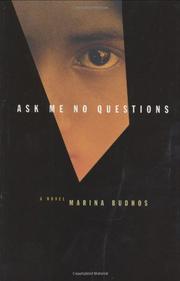 ASK ME NO QUESTIONS

Illegal immigrant sisters learn a lot about themselves when their family faces deportation in this compelling contemporary drama. Immigrants from Bangladesh, Nadira, her older sister Aisha and their parents live in New York City with expired visas. Fourteen-year-old Nadira describes herself as “the slow-wit second-born” who follows Aisha, the family star who’s on track for class valedictorian and a top-rate college. Everything changes when post-9/11 government crack-downs on Muslim immigrants push the family to seek asylum in Canada where they are turned away at the border and their father is arrested by U.S. immigration. The sisters return to New York living in constant fear of detection and trying to pretend everything is normal. As months pass, Aisha falls apart while Nadira uses her head in “a right way” to save her father and her family. Nadira’s need for acceptance by her family neatly parallels the family’s desire for acceptance in their adopted country. A perceptive peek into the lives of foreigners on the fringe. (endnote) (Fiction. 10-14)