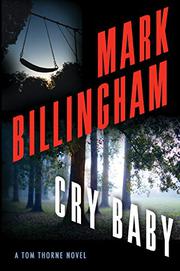 DI Tom Thorne’s 17th case, an agonizingly focused kidnapping, is a prequel to his first 16.

It's 1996. John Major maintains erratic control as prime minister, Britain prepares to host the national football (i.e., soccer) championships, and Maria Ashton takes her eyes off her 7-year-old son, Josh, and his best friend, Kieron Coyne, during the few minutes Catrin Coyne has left them to use the facilities in a London park. When she goes looking for the two boys, Kieron has vanished. His disappearance sets in motion the wheels of justice, or at least aspirational justice, in the form of DS Tom Thorne; his dislikable boss, DI Gordon Boyle; and the members of the Major Incident Pool. There’s no way Kieron could have been kidnapped by his father, Billy Coyne, who’s serving a sentence in Whitehill Prison for assault and attempted murder. In the absence of such an obvious target, the unsupported account of a single witness, housing project manager Felix Barratt, leads Thorne to suspect, and Boyle to more than suspect, Cat’s peculiar neighbor Grantleigh Figgis. By the time the alibi Figgis claims has been confirmed, he’s already been murdered, and so has Dean Meade, the smarmy store manager who turns out to be Kieron’s biological father. So who is the man who’s holding Kieron prisoner, and how much tighter can Billingham turn the screws before his climactic twist?

Not as original or unsparing as Their Little Secret (2019) but expertly grueling in its more conventional way.