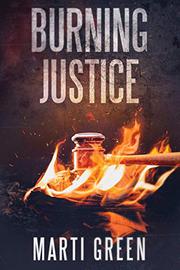 A dedicated lawyer works to exonerate an innocent woman on death row for the murder of her three children in a legal thriller by the author of The Good Twin (2018).

In the late 1990s, Becky Whitlaw was a young working-class mother in Glen Brook, Texas, when her husband, Grady, was killed in an auto accident. Nine months later, a 23-year-old widow with two toddlers and a new baby, Becky feels old and exhausted, and her life seems out of control. She even wonders sometimes if she wouldn’t be better off if her children had never been born. When her house is consumed by flames with her children inside as she sobs on the porch, “It’s my fault,” it doesn’t take long for investigators to conclude that she set the fire herself. In spite of her denials, she is charged and brought to trial and, after only two days of testimony, convicted of murder and sentenced to death. Years later, Dani Trumball, an attorney for the Help Innocent Prisoners Project, learns of Becky’s case and agrees to try to get her a new trial, in hopes that new evidence will prove her innocent of starting the fire that caused her children’s deaths. While juggling her own family challenges, including adjusting to a West Coast life after a cross-country move with her husband and two children, Dani works tirelessly to unearth old leads and witnesses, all the while knowing that even her best efforts might not be enough. A veteran author of novels about legal injustices, Green is a masterful storyteller, and her narrative fascinates from the first page to the last as she describes the uphill battle faced by those who try to prove the innocence of convicted felons. In addition to providing educational and electrifying details of Dani’s investigation and court battles, Green gives empathetic attention to the details of the attorney’s personal life, drawing parallels between Dani and Becky as wives and mothers and creating a tale that combines courtroom and family drama.

A captivating and intimate look at injustices in the judicial system.