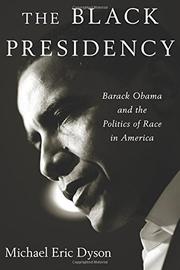 Barack Obama and the Politics of Race in America

In this rich and nuanced book, Dyson (Sociology/Georgetown Univ.; Can You Hear Me Now?: The Inspiration, Wisdom, and Insight of Michael Eric Dyson, 2009, etc.) writes with passion and understanding about Barack Obama’s “sad and disappointing” performance regarding race and black concerns in his two terms in office. While race has defined his tenure, Obama has been “reluctant to take charge” and speak out candidly about the nation’s racial woes, determined to remain “not a black leader but a leader who is black.” Ironically, as the first black president, Obama was expected by many to offer racial insight to the country, but instead, constrained by a “toxic environment” (criticism by birthers, etc.), he has sought to “keep racial peace, often at the expense of black interests.” Too often he “ignores race, denies white responsibility, or criticizes black culture.” Dyson cogently examines Obama’s speeches and statements on race, from his first presidential campaign through recent events—e.g., the Ferguson riots and the eulogy for the Rev. Clementa Pinckney in Charleston—noting that the president is careful not to raise the ire of whites and often chastises blacks for their moral failings. At his best, he spoke with “special urgency for black Americans” during the Ferguson crisis and was “at his blackest,” breaking free of constraints, in his “Amazing Grace” Charleston eulogy. Criticized in the past by the radical Cornel West for being an Obama cheerleader, Dyson writes here as a realistic, sometimes-angry supporter of the president. He notes that adoration of Obama has prevented many blacks from holding him accountable. His discussions of key issues and controversies—from Obama’s biracial identity to his relationships with older civil rights leaders—are insightful and absorbing.

Dyson succeeds admirably in creating a base line for future interpretations of this historic presidency. His well-written book thoroughly illuminates the challenges facing a black man elected to govern a society that is far from post-racial.