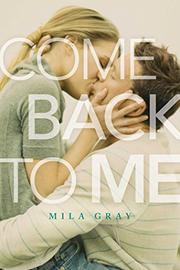 COME BACK TO ME

Jessa’s grown up in a Marine family, but she’s nevertheless unprepared for tragic news from Afghanistan about her brother and his best friend, who also happens to be her new boyfriend.

The novel’s opening is gripping: a Marine chaplain arrives to break the news to Jessa that one (or possibly even both) of the boys has been killed. Waiting for the reveal, she flashes back to how her brother’s best friend, Kit, became her boyfriend during the boys’ recent visit home on leave. Jessa and Kit’s relationship hits lots of traditional romance notes—a childhood friendship that turns romantic, potential disapproval from Jessa’s protective brother, and Kit’s abandonment of his playboy ways in favor of the love of an innocent woman. Kit and Jessa’s shared formative childhood experiences provide each with a sincere understanding of the other’s personality while also offering opportunities for lots of teasing banter. And their physical attraction is rendered in scorching detail. Seeing the relationship develop while at the same time knowing that tragedy has already struck makes the first half of the novel agonizingly tense. But after the reveal, when the story moves away from romance to explore grief and PTSD, the underdeveloped secondary characters react so unpredictably that they feel simply inconsistent, especially Jessa’s father. And the epilogue is beyond neat and tidy.

Fans of hot, forbidden romance in new-adult detail may be able to overlook the uneven ending.