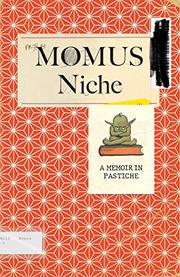 A Memoir In Pastiche

When in doubt, let David Bowie narrate your autobiography.

“It’s a strange world wherever you are.” So says Graham Greene as filtered through Momus, the pseudonym of Scottish pop musician Nicholas Currie. Born in 1960, Momus has been writing and making music for decades, yet he isn’t particularly well known except perhaps among fans of Vampire Weekend. It’s fitting, therefore, that he put writers and musicians better known than he to work in telling his life story. “Dead writers are unemployed,” he writes at the beginning. “It’s a shame, because they could be put to better use than rotting and being forgotten.” Benjamin Spock, the guiding light of the parents of boomers everywhere, turns up early to assure readers that because “children given autonomy will tend to become adult of their own accord,” his mother did just right to allow N—so he’s addressed throughout, akin to a certain literary K—to push the books in the bookshelves around as he crawled. Sigmund Freud shows up to validate an early expression of carnal interest while hard-boiled detective novelist Mickey Spillane is on hand to deliver a few nicely cynical lines about the nature of life. Some of the “pastiches” are less effective than others. For example, a longish contribution attributed to Ernest Hemingway doesn’t sound in the least bit Hemingway-esque as it recounts what it was like to be in New York on 9/11. Some are overstuffed, as when Karl Kraus, the Viennese satirist, delivers a soliloquy that draws in the biologist Ernst Haeckel, DSL technology, the iPhone, Arthur Schopenhauer, and Lord Haw-Haw, among others. Still, the appearance by David Bowie, N’s “lodestar, the single most decisive influence on his life,” is lovely, and it will make those who share the author’s love for him miss Bowie all the more as “life goes on in its innocent, incorrigible way.”