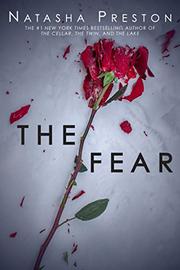 This perspective-jumping thriller shows you the two sides of fear.

Izzy has had a crush on Justin forever, but in her last year at Rock Bay High, will she be able to finally talk to him, or will the sudden violent death of a classmate put a wrench in the situation? After a meme daring everyone to repost how they are most afraid to die races through the teenage population, a student appears to have been killed exactly in the way she had feared. Izzy must race against time to find the killer, and with no shortage of suspects, everyone is under suspicion: her loner lab partner, Axel; his older cousin, Tristan; and even Justin, who has been acting strange. It becomes clear no one is safe from experiencing fear. This swift-moving slasher adventure proves to be a page-turning mystery. The book is written in the first-person perspective, allowing readers a deeper view into Izzy’s mind; whether she is thinking Axel is innocent or the killer, her stream of thought and persistent questioning give readers clues to help connect the dots before surprising them with clever plot twists at the end. Main characters read as White; there is racial diversity in the supporting cast.