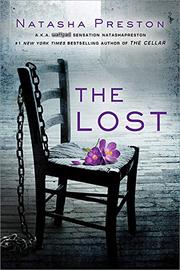 A teen fights to survive in the midst of a mystery not unlike the ones she enjoys reading.

In the small town of Mauveton, 11 teenagers have disappeared in the past six months. The police seem to be writing them off as runaways, but introverted 16-year-old crime enthusiast Piper and her friend Hazel believe there is more to the story. The girls decide to investigate the disappearances by following in the footsteps of the missing teens right before they supposedly ran away. While hanging out at the local lake where most of the town’s teens spend their free time during the summer, they run into a couple of wealthy local college boys. They soon discover the truth: Locked away in a hidden compound filled with horrific surprises, Piper has to find the will to survive and make it back to her parents alive, especially since they already lost one daughter. Preston (You Will Be Mine, 2018, etc.) weaves a terrifying tale with unexpected friendships, romance, and surprising twists. Most characters are assumed white, but there is some diversity in secondary characters. While the unforeseen twists and unexpected ending make this an intriguing read, the story moves very quickly, leaving little room for relationships and characters to develop believably.

A fast-paced, plot-driven page-turner for fans of darker mysteries.