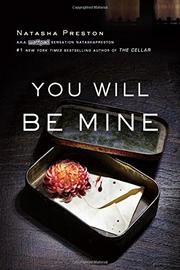 YOU WILL BE MINE

A serial killer terrorizes a group of university friends in the weeks leading up to Valentine’s Day.

White university student Lylah has complicated feelings about Valentine’s Day, as it marks the day her parents died two years prior. Though she has adjusted to her new life at school, where she lives with five friends and housemates, old anxieties arise when her housemates begin receiving mysterious, threatening notes a few weeks before Valentine’s Day. What is initially dismissed as a sick holiday prank becomes deadly serious when one of them is discovered brutally murdered on campus. The police become involved, providing rather ineffective security to the group of friends as they are stalked and hunted around town by an unknown murderer. Lylah and her friends jump to a hasty assumption about the killer’s identity early on and begin referring to the killer by the name of a former friend whom they suspect, improbably convinced that it must be him, excluding any other possibilities in the process. Classic slasher tropes are invoked frequently and repetitively, to highly implausible effect. The result of these unlikely plot developments, combined with flimsy dialogue and weak characterization, requires so much suspension of disbelief that it renders the story more comical than horrifying.

An unconvincing attempt at a holiday-themed thriller.