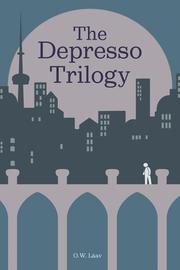 A suicidal loner uses a special power—his inability to die—to fight crime in this somber take on the superhero.

Depression has long been a part of Owen Kale’s life. He’s given up and tried killing himself but hasn’t died—or rather can’t die. He tries for a death-by-robber one day when he happens to interrupt a heist. He’s shot but is uninjured and inadvertently saves the day. Dinah Borst, an ambitious police captain in an unnamed metropolis, takes notice and wants his help pushing past the red tape. Owen, who’s a civilian, can enter buildings sans a warrant to collect evidence, and his apparent immortality affords him relative safety. He aids authorities in shutting down human traffickers and drug rings. But when a homicidal stranger dead set on taking over organized crime also displays an immunity to bullets, Borst suspects Owen. To prove his innocence, Owen may have to take out this supervillain on his own. As if that weren’t enough, someone sics a hit man on him; sure, he’s unkillable, but that doesn’t mean physical assaults don’t hurt. Láav’s seamless novel-length trilogy favors introspection over action. The author treats topics like depression and suicide respectfully; Owen revels in saving lives but doesn’t instantly overcome his mental illness. Similarly, deaths seriously impact characters, and Borst battles alcoholism and possible PTSD in Part III. Throughout, the mood is bleak and suits the lead’s struggles. The striking cast, however, adds color; there’s cautious Borst (who demands the death-proof superhero wear bulletproof vests) and retired cop/personal trainer Sharon Richardson, who whips Owen into better shape. The prose keeps the story moving no matter how profound conversations become (suicidal ideation, racist police, etc.), and the finale is memorable and fitting.