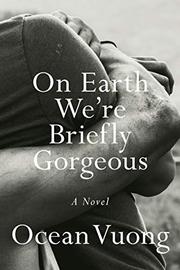 A young man writes a letter to his illiterate mother in an attempt to make sense of his traumatic beginnings.

When Little Dog is a child growing up in Hartford, he is asked to make a family tree. Where other children draw full green branches full of relatives, Little Dog’s branches are bare, with just five names. Born in Vietnam, Little Dog now lives with his abusive—and abused—mother and his schizophrenic grandmother. The Vietnam War casts a long shadow on his life: His mother is the child of an anonymous American soldier—his grandmother survived as a sex worker during the conflict. Without siblings, without a father, Little Dog’s loneliness is exacerbated by his otherness: He is small, poor, Asian, and queer. Much of the novel recounts his first love affair as a teen, with a “redneck” from the white part of town, as he confesses to his mother how this doomed relationship is akin to his violent childhood. In telling the stories of those who exist in the margins, Little Dog says, “I never wanted to build a ‘body of work,’ but to preserve these, our bodies, breathing and unaccounted for, inside the work.” Vuong has written one of the most lauded poetry debuts in recent memory (Night Sky with Exit Wounds, 2016), and his first foray into fiction is poetic in the deepest sense—not merely on the level of language, but in its structure and its intelligence, moving associationally from memory to memory, quoting Barthes, then rapper 50 Cent. The result is an uncategorizable hybrid of what reads like memoir, bildungsroman, and book-length poem. More important than labels, though, is the novel’s earnest and open-hearted belief in the necessity of stories and language for our survival.

A raw and incandescently written foray into fiction by one of our most gifted poets.