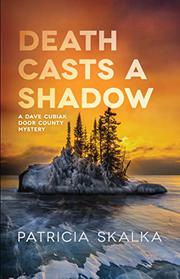 A wealthy widow seeks help for her love-struck niece.

Door County Sheriff Dave Cubiak has a lot on his mind. His impending first trip back to his hometown of Chicago with his teenage son, Joey, is sure to bring a host of complicated memories. It’s just after Thanksgiving, which means that winter weather is coming to this isolated Wisconsin peninsula. But when he sees a chauffeur-driven Rolls-Royce pulling out of his driveway, he learns the true depth of his problems. Regina Malcaster has called on Cubiak’s wife, Cate, to ask a favor. She’s concerned for her niece, Lydia Malcaster, a widow who's being romanced online by an old friend of her late husband’s. Regina smells a rat but can’t get Lydia to listen. After putting it off as long as he can, Cubiak visits Lydia and immediately understands Regina’s concern: Lydia’s never even seen James Dura, her online suitor, in person, but she’s already plunked down more than $40,000 for her share of an around-the-world cruise with him. Before the sheriff can check out Dura’s bona fides, Lydia’s found dead after what looks like a fall down the stairs. His worry grows when Tracey Fells, Lydia’s housekeeper, disappears along with her brother, Bobby. Investigating what might not even be a crime isn’t the sheriff’s forte, but he follows his gut to get his man.

Such a small cast makes it hard to generate much suspense, but Skalka’s brisk pace keeps the pages turning.