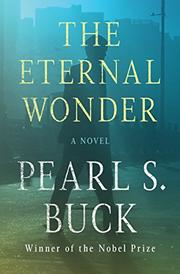 A newly unearthed novel by the Nobel Prize–winning author of The Good Earth, following the rocketlike rise of a literary prodigy.

In the final years of her life, Buck (1892-1973) worked on this novel, which was discovered in late 2012 in a storage unit in Fort Worth, Texas. Buck earned her fame by illuminating China for Americans who understood little about the country, but she squandered her reputation with overproductivity, writing more than 40 novels and nearly 30 nonfiction books. This book will do little to elevate her literary esteem. It tracks its hero, Randolph “Rann” Colfax, literally from the womb and into his early 20s, and the story is framed with wooden set pieces and melodramatic dialogue. The son of a college professor, Rann quickly emerges as a boy genius, and various people soon materialize to support or take advantage of this bright boy. A male teacher attempts to seduce him (prompting an odd lecture from Rann’s mother, who’s less concerned with pedophilia than homosexuality). A wealthy English woman helps him find his sexual self, and the daughter of a Chinese art dealer introduces him to the charms of Paris. In the military, Rann monitors the Korean DMZ, and he witnesses enough corruption during his stint to produce a novel that quickly becomes a sensation. The hackneyed plot diminishes moments that reveal Buck’s genuine sensitivity to the Asian diaspora; one of the best-drawn characters is the Chinese manservant of Rann’s grandfather in Brooklyn. Written late in her life, this book is worth attention as a summing up of Buck's experiences and interests: the links between art and scientific rigor, the fate of Asia in the American century and the perils of literary celebrity. As entertainment, though, it’s dated and thin.