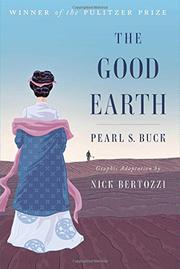 For years, farmer Wang Lung has worked the soil, pulling forth bountiful harvests, and now the sale of his excess crops has funded a fateful purchase: a slave from the great house in town to be his wife. O-lan quickly proves invaluable: cooking fancy cakes like those she served to the local lord and lady, sewing clothes, and working the fields alongside her husband, stopping only to bear children. O-lan’s steady hand helps during high times, when Wang Lung purchases land from the great house, and during low, when famine drives the family south to a big city where they live as beggars and Wang Lung runs a rickshaw. On the streets, Wang Lung witnesses class tensions that boil over into a riot—during which O-lan manages to multiply their fortune. Once settled back on the land and having grown prosperous, the family faces the struggles of the nouveau riche: a son ashamed of their bumpkin roots, Wang Lung's discontent with his plebeian wife driving him to take a concubine, fears of good fortune being snatched away by jealous spirits (or family members). The half-dozen or so borderless panels per page propel the story along, flowing in brief scenes of survival, domesticity, society, and legacy. Bertozzi beautifully distills Buck’s text into poignant snippets, zeroing in on details such as the anguished clench of O-lan’s fingers as she bears the news that Wang Lung is pursuing another woman. The black-on-gray chiaroscuro lends the work an engraved look, perfectly capturing the story’s timeless subject matter while also underscoring the antiquity of the depicted world, where women are slaves. Even within this foreign worldview, Buck and Bertozzi convey rich moral complexity and universal concerns.

A finely rendered showcase for a classic tale.