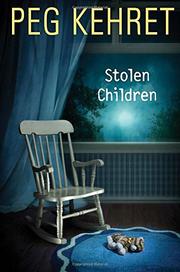 Already feeling responsible for her father’s recent death, 14-year-old Amy takes a babysitting job for wealthy Mrs. Edgerton, and right off the bat she and her three-year-old charge Kendra are kidnapped. Taken to an abandoned cabin by two bumbling, small-time criminals, the girls are offered for ransom, but instead of sending notes, the kidnappers videotape the girls and send DVDs to the parents. However, Amy has the wherewithal to send coded messages in the tapes, and part of readers’ enjoyment is watching the filming and seeing if the parents can decode the messages. Kehret uses a third-person voice, allowing readers to follow the well-orchestrated actions of the various characters—kidnappers, hostages, parents, detectives, the nanny and other players who don’t even realize they are players. The story is fast-paced, plot-driven and involving, with comic relief provided by the captors’ fumbling machinations and little Kendra’s behavior. A sure hit for the intended audience. (Thriller. 9-11)