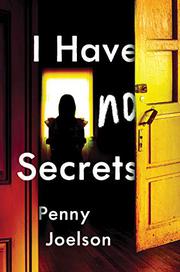 I HAVE NO SECRETS

A nonverbal teen becomes the “real-life password” to solving a terrible crime in this British import.

Sixteen-year-old Jemma has “no secrets of [her] own.” Quadriplegic due to cerebral palsy, she can’t move or speak and depends on her foster parents and her aide, Sarah, for everything from eating to using the bathroom. But people often share their secrets with her. After all, Jemma can never tell—even when Sarah’s sleazy boyfriend, Dan, hints at his involvement in a recent murder just before Sarah goes missing. But when innovative technology offers Jemma a chance to communicate, can she expose Dan’s secret before he silences her? Despite its suspenseful premise, the plot pales against Joelson’s (Girl in the Window, 2018) intimate, unflinching exploration of Jemma’s character; the book’s most powerful tension lies in Jemma’s simple, direct narration of her unrecognized, uncomfortably realistic frustrations and fears, such as patronizing adults who “don’t realize that [she has] a functioning brain” and her worry that her overwhelmed parents will stop fostering. Refreshingly, the author’s detailed depiction of augmentative and alternative communication explores both the joy of self-expression and the physical and mental effort it requires. Jemma’s bond with her chaotic but supportive foster family grounds the story, particularly her touching rapport with her younger foster brother, Finn, who’s autistic and also nonverbal. Most characters appear white.

Quietly suspenseful, vividly character-driven, and poignant, with insights into cerebral palsy and the multiple meanings of “family.” (Suspense. 12-15)