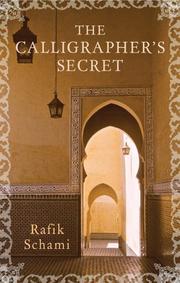 Affectionate, insightful, tangential tales of life in 1950s Damascus enfold the central story of a mismatched marriage and a runaway wife.

Schami (The Dark Side of Love, 2009, etc.) delivers social breadth as well as generational depth in his leisurely, lyrical exploration of the truth behind the rumor concerning beautiful Noura’s flight from her chilly calligrapher husband Hamid Farsi, supposedly because of the unwelcome attentions of philanderer Nasri, who has paid the unwitting calligrapher to write his love letters. The truth, more complicated and passionate, involves Salman, a Christian and “a penniless man with a child’s beardless face and jug ears” with whom Noura has fallen in love. Schami’s unhurried tale-spinning offers a brightly detailed panorama of life on the streets and in the homes of Damascus, including schoolyards, hammams, dressmakers and betrothal ceremonies—lending particular insight into the gender divide as well as the customs of the country. Salman meets Noura while working as the calligrapher’s errand boy. She, the daughter of a scholar, is in despair over her boring, conceited, occasionally violent husband and finds in Salman the tenderness she craves. For the master calligrapher, humiliation is followed by disgrace after he stabs Nasri and is sentenced to life imprisonment. Meanwhile in Aleppo, a less gifted but more amiable, jug-eared calligrapher makes an adequate living, and his wife will eventually become a famous calligrapher too.