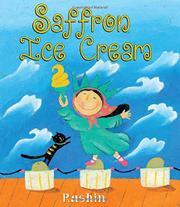 Rashin, a young Iranian girl living in Brooklyn, heads to the Coney Island beach with her family, reminiscing on similar outings she had in the past to the Caspian Sea in Iran and comparing those to the present trip.

At the center of the story are two short anecdotes: One involves three little boys breaking the rules of the gender-segregated, curtain-split Iranian beach and taking a peek on the other side of the divide where women gather. The ensuing chaos is vividly described and illustrated by Kheiriyeh—with women “shouting and jumping out of the water and covering themselves with towels, newspapers and umbrellas.” Order and harmony are, however, soon restored after female members of the Islamic beach guard—depicted as stern, unsmiling women in black attire—patch the holes in the fabric and allow for beach activities to resume. (Since there’s been no connection made between Islam and the segregated beach, the episode may require unpacking for children unfamiliar with the practice.) The second anecdote, which inspired the title of the book, tells of Rashin’s sadness in not finding saffron-flavored ice cream. Her sadness is quickly overcome after a newfound friend, Aijah, a pigtailed black girl, suggests she try a new flavor, chocolate crunch, which she readily enjoys. Lively and imaginative illustrations on two-page spreads adorn the simple premise of the book—a juxtaposition of two beach experiences, one Iranian and one American.