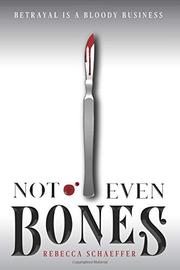 From the Market of Monsters series, volume 1

An adolescent, yet Nietzschean, examination of humanity and horror.

Nita is a monster. Literally. She can heal her own wounds and even block her pain receptors. But she and her mother also deal in monsters, species regulated by the International Non-Human Police, selling their body parts on the black market. Her ghoulish mother hunts and kills, while Nita dissects them with a meditative grace, trying to think of herself as innocent. But when Nita’s conscience inconveniently prevents her from vivisecting a live specimen, she’s kidnapped and taken to the Amazon, caged by people in the same business. Menaced by a zannie (creatures that feed off physical pain) and a ruthless woman, Nita, who is mixed species (with a brown-skinned human father and a nonhuman mother), has to figure out how to escape and whether she has any morals to live by. The vivid setting, Mercado de la Muerte (one of several Death Markets worldwide) in a sweltering South American jungle populated by buyers, sellers, and sold, is matched by a zipping plot interspersed with deliciously horrifying and gory scenes of dismemberment and destruction. Equally intriguing is the constant musing on what makes a monster, how people respond to trauma and control, and how one’s choices affirm or deny one’s own humanity.