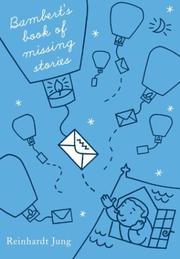 Jung explores the power of stories to free writers’—and by extension, their readers’—imaginations from physical limitations in this brief, introspective import. Reclusive Bambert feels trapped in his dwarf’s body, but finds solace in stories he writes: about a boy who encounters a dying whale, a wise princess who will marry only the one who brings her the key to truth, a group of poets and philosophers who escape prison with the help of a sunbeam, and seven others, each distinct in type and tone. Acting one day on an urge to give them validity by letting them find their own settings, he sends them, plus four blank pages, flying off under balloons labeled with his return address. All eventually come back, bearing stamps from Spain, Russia, and other distant lands. Unknown to Bambert, however, his tales haven’t actually gone that far; the stamps come from a kind old man who collects his mail, and who fills those blank pages himself, with a poignant final story in which Bambert, who is actually dying, goes to meet his beloved characters. The audience for this meditation on what stories are, and do, is likely to be deep but not wide. (Fiction. 12-15)