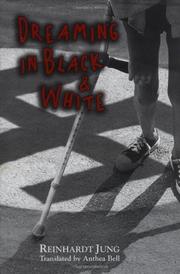 Hannes, a German boy with disabilities, begins having vivid waking dreams after studying “those terrible times back then,” as his parents euphemistically refer to the Nazi era. He dreams that he lived then and that he was targeted for extermination as one of those whose lives the Nazis deemed “not worth living.” In his dream, Hannes’s own father becomes convinced that everyone would be better off if he were institutionalized and ultimately put to death. Most chilling, though, is that Hannes makes clear that even today, with genetic engineering and the strong preference for perfect children, many people, perhaps even his father, may believe that his life is not worth living. This slim volume packs enough disturbing disussion topics to last a lifetime. Appended by several brief chapters that give the background to the story. (Fiction. 10-14)