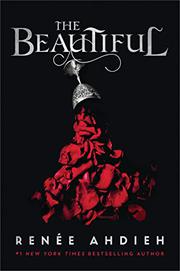 From the Beautiful series, volume 1

Forbidden love is tested by suspicion and murder in this latest addition to YA vampire lore.

Celine Rousseau, a French and Asian (mother’s exact origins unknown) seamstress, sails from Europe to America in hopes of leaving her shadowy past behind. En route, she bonds with Pippa, a white English émigrée, and both girls find refuge in an Ursuline convent. Celine’s talent as a couturier leads to a commission from Odette, a beautiful member of the opulent-yet-mysterious Cour des Lions, where students of the occult practice their craft unmolested. Before long, Celine is swept up in a world of mystical forces centering around Sébastien Saint Germain, an enigmatic aristocrat to whom she is irresistibly attracted. When a fellow convent member is found murdered, Celine suspects all her acquaintances, including Sébastien. The novel, wading into the waters of forbidden romance between teenage girl and hunky immortal vampire previously navigated by Buffy Summers and Bella Swan, feels less magical than it should despite the lush Victorian-era New Orleans setting. At times the mounting attraction between Bastien and Celine is told rather than shown, which makes the central relationship feel forced rather than organic and passion filled. Ahdieh (Smoke in the Sun, 2018, etc.) brings New Orleans vibrantly to life, particularly when exploring the complicated racial and gender restrictions of high society through main and supporting characters of mixed-race origin.

Sure to please fans of the author and of the vampire-romance genre.