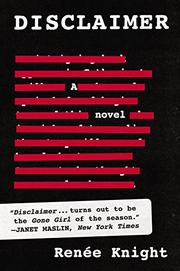 When a mysterious novel appears on her bedside table, a successful documentary filmmaker finds herself face to face with a secret that threatens to unravel life as she knows it.

Catherine Ravenscroft has built a dream life, or close to it: the devoted husband, the house in London, the award-winning career as a documentary filmmaker. And though she’s never quite bonded with her 25-year-old son the way she’d hoped, he’s doing fine—there are worse things than being an electronics salesman. But when she stumbles across a sinister novel called The Perfect Stranger—no one’s quite sure how it came into the house—Catherine sees herself in its pages, living out scenes from her past she’d hoped to forget. It’s a threat—but from whom? And why now, 20 years after the fact? Meanwhile, Stephen Brigstocke, a retired teacher, widowed and in pain, is desperate to exact revenge on Catherine and make her pay for what happened all those years ago. The story is told in alternating chapters, Catherine's in the third-person and Stephen's in the first, as the two orbit each other, predator and prey, and the novel moves between the past and the present to paint a portrait of two troubled families with trauma bubbling under the surface. As their lives become increasingly entangled, Stephen’s obsession grows, Catherine’s world crumbles, and it becomes clear that—in true thriller form—everything may not be as it seems. But how much destruction must be wrought before the truth comes out? And when it does, will there be anything left to salvage? While the long buildup to the big reveal begins to drag, Knight’s elegant plot and compelling (if not unexpected) characters keep the heart of the novel beating even when the pacing falters. Atmospheric and twisting and ripe for TV adaptation, this debut novel never strays far from convention, but that doesn’t make it any less of a page-turner.