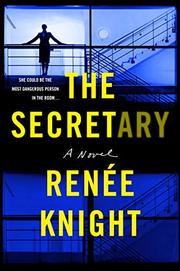 Having served her powerful employer at the expense of all else, a devoted secretary finds herself a pawn in her boss’s ruthless game—a betrayal that comes with consequences.

Reliable and conscientious to a fault, Christine Butcher is hired as secretary and personal assistant to Mina Appleton just as Mina is coming into power, having gently ousted her aging father from the family business. And so it is that Christine finds herself the right-hand woman to the new chair of Appleton’s Supermarkets, a chain that was once “synonymous with fair trade and good practice”—principles that don’t much interest Mina. Petite and polished—a media darling who charms the country on national TV—Mina demands total allegiance, and Christine, a workhorse who prides herself on absolute discretion, is only too happy to oblige. Catering to Mina becomes not just her duty, but her obsession; Christine serves Mina first and always, at the expense of her own family. “We flourished together, Mina and I,” explains Christine. “She, undoubtedly, the dominant species. I, like a woodland plant, able to blossom in her shade. I was good groundcover, you might say.” When Mina’s business practices become the subject of a legal investigation, Christine is there—good groundcover—assisting her, making moves that will reroute the course of her own life. “I made some questionable choices,” she reflects ominously in the novel’s opening pages. “Choices I suspect many would have made in my position.” But the power dynamic will shift: Christine, the silent, watchful, secretary, will not allow Mina’s betrayal to go unpunished—no matter the personal cost. Mina and Christine—neither quite fleshed out—seem to exist only in relation to one another; this is not a book about character but about mutual destruction. This gives the novel a somewhat flimsy quality, but what it lacks in substance it makes up for with style. Knight lays it on thick, foreshadowing the violence to come early and often, giving the book an over-the-top gothic quality; not subtle but an awful lot of fun.

A cinematic page-turner steeped in atmosphere and just awaiting its adaptation to miniseries.