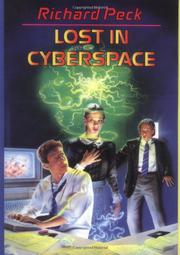 Peck (The Last Safe Place on Earth, p. 230) forays into cyberspace for a fast-paced, fun-filled adventure that's virtually guaranteed. When not attending New York City's trendy Huckley School, Josh, 12, must endure the adolescent tantrums of sister Heather, the separation of his parents, and the return of his mother to the workplace. But life is really turned upside-down when his friend Aaron discovers how to transport them back through time via the school's computers. He also accidentally strands the plucky housemaid Phoebe from the early 20th century in the present. The explanation for time travel seems a bit questionable, but readers will be delighted when Josh fools his mother into believing Phoebe is just another "au pair" sent over from the employment agency. With just one plot thread still knotted—unable to return to the past, Phoebe runs away in the present, thus creating a temporal paradox (she is also seen as an old woman)—Peck again demonstrates his mastery at depicting realistic characters. Josh is a sympathetic, savvy narrator; Aaron brings new vitality to the archetype of the computer nerd; and with one ear constantly attached to a cordless phone, Heather is appropriately annoying. While the reconciliation between Josh's parents is too good to be true, most readers will welcome it as a fitting capper to this jaunty urban spree. (Fiction. 10+)