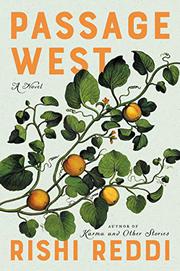 A debut novel recounts the struggles and triumphs of immigrants in California’s Imperial Valley a century ago.

Reddi’s novel opens in 1974 with the death of a cantankerous old man named Karak Singh Gill, attended by a longtime friend, the equally cantankerous Ram Singh. But most of the book is set between 1913 and 1924, after Karak and Ram, both natives of Punjab, have arrived in the Imperial Valley. Its rapid agricultural growth is powered by immigrants like the two friends, who first work for Karak’s well-established patron, Jivan Singh, and later become sharecroppers themselves—it’s illegal for immigrants to own land. Ram was sent to the United States by the uncle who raised him, assigned to earn money to send home. He left behind a bride whose pregnancy he doesn’t even hear about until he’s in America, and he longs to return, but the uncle keeps telling him to stay a while longer—stays that add up to years. Karak, a veteran of the British Army, has no desire to go back to India. A man of immense pride, he aims to establish himself in California. Reddi details the obstacles in his way, especially the pervasive bigotry not only against immigrants in general, but between members of each immigrant group: Indians, Mexicans, Japanese, and more. Another barrier that has a huge impact on Ram and Karak: laws that make it nearly impossible for immigrants to bring their wives into the country at the same time that miscegenation laws forbid them to marry women of another race here. The pressures on Ram, Karak, and other immigrants will lead to an explosive act of violence. The sweeping narrative is deeply researched and offers a fascinating look at a historic era from a fresh perspective. Dense with incident and a large cast of characters, the plot bogs down from time to time, and the book’s female characters remain mostly long-suffering and one-dimensional. But the complex relationship between Ram and Karak powers the book and reflects issues still with us.

The lives of two Indian immigrants are scarred by forces still alive a century later.