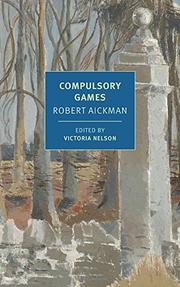 A collection of dark, eerie tales from a master of weird fiction.

English author Aickman (1914-1981) is regarded as a forefather of horror, and this reissue of his fiction by NYRB Classics shows that his reputation is justified. In the title story, a married couple forms a friendship with a peculiar woman that leads to unsettling consequences. In “Hand in Glove,” a woman who breaks off her relationship takes a trip to the English countryside with a friend, unaware that her ex-boyfriend may not be far behind. And in “Marriage,” a young man proves irresistibly attractive to two different women, both of whom prove dangerously insatiable. With these 15 stories, four of which are previously unpublished, Aickman creates a disquieting universe in which everything is just off, a wall covered in pictures hung at imperceptibly crooked angles. His command of tone and tension far outstrips that of H.P. Lovecraft and presents a serious challenge to Henry James. He is at his strongest when he is brief—the longer stories in the collection tend to fall apart when compared to the shorter ones—but his strongest moments are his brilliant one-sentence insights into the human psyche. “One’s broken heart, if it can be mended at all, can be mended in only one way…to kill the man who has broken it,” says one of Aickman’s characters. “One does not turn aside from angels in order to count dustbins,” Aickman writes later on. But this is precisely what Aickman has done: His tales are devoid of angels, filled only with the dread of what lurks just behind the open door, of the possibility that your worst fears could be real—and could find you one day.

As unnerving as it is sinuous; an absolute delight.