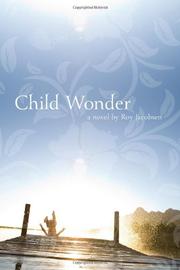 From the respected Norwegian novelist (The New Water, 1997, etc.), an artless trifle about the impact of a small girl on a family in Oslo.

It’s 1961. Finn lives with his mother Gerd in a small apartment in the projects. Fate has dealt her a number of blows. Her husband, a crane operator, divorced her. A year later, he died in an accident on the job. No widow’s pension for Gerd, though, for her ex had re-married. Gerd works part-time in a shoe store; money is tight. Wallpapering the apartment means they must rent a room to a lodger. Their ad draws the attention of the second wife. She’s a drug addict who intends to unload her daughter on them. So their household expands by two: the lodger Kristian, a union official, and 6-year-old Linda, Finn’s half-sister. Finn is the narrator and, we gather, a little older than Linda. He’s a mama’s boy who often breaks into tears. Linda does not make a good first impression. She smells funny, her hair is wild and she’s silent as the grave. Nonetheless Finn has a jealous fit, biting his mother and breaking windows in the building. When that passes, he becomes protective of his new sister, and bristles when Kristian asks if she’s retarded. But maybe she is, or at least dyslexic. We never really know, because this episodic novel is such a muddle, ill-served by a wretched translation. Nor do we know Kristian’s true character, and what is transpiring between him and Gerd, who’s still battling problems from her own childhood (her father abused her). At one point she visits a mental hospital. The story ends when Linda is removed to a foster home. She was, thinks Finn, “destiny, beauty and a catastrophe.” She had had, we infer, a transformative effect on Gerd and Finn, though the novel has failed to make the case.

Jacobsen has a reputation. This work can only harm it.