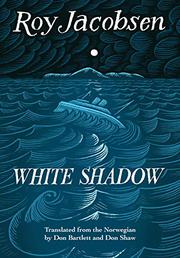 The second novel in Jacobsen’s Ingrid Barrøy trilogy is set during Norway’s World War II occupation by Germany, telescoping the national predicament through the narrow lens of a solitary woman’s experience.

Seasons, representing both change and constancy, are again Jacobsen’s central organizing principle, this time covering not generations but one year. A decade after The Unseen (2020) ended, most inhabitants of Barrøy, an island in a remote archipelago, have scattered. Only Ingrid, now 35, remains to follow an isolated, hand-to-mouth routine. Jacobsen built the earlier novel upon an accumulation of small daily moments, but Norway’s German occupation offers more conventional drama. Germans are stationed on the main island, a hard boat ride away but within Ingrid’s sight. In late autumn she is jolted when bodies in tattered, unrecognizable uniforms mysteriously turn up on Barrøy. One is barely alive. Ingrid nurses him and they become lovers in an intense idyll that can’t last. Days after he escapes (with her help), she awakens in a faraway hospital room with no memory of what happened in the days since their farewell. With her doctor’s help, she recovers shards of memory about a visit from a German officer and local police chief searching for her soldier, who was probably a Russian POW; but she resists remembering too much. Back on Barrøy by early winter, she is joined by her aunt Barbro, who intuits that Ingrid is pregnant. As more memories return, Ingrid worries the father might be one of the men who visited, but what happened with them is discussed only obliquely. This is minimalist fiction with a protagonist of impressive competence—traveling home on a whaler filled with ragged evacuees from Finland and Lapland, Ingrid takes charge of their care, then helps them settle on the main island—but with little interest in revealing herself. And yet Ingrid is a kind of magnet. Her doctor is attracted to her “intuitive” intelligence, as are the whaler’s captain and several youthful evacuees who move to the island to fish and help Ingrid build a new house. Before long, Barrøy's former inhabitants also begin to trickle home, creating new dramas and possibilities.

Disarmingly plainspoken narration brings into sharp relief both individuals and a world in wartime crisis.