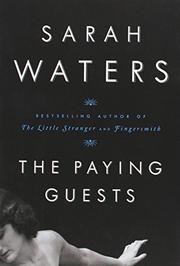 It’s 1922, and Frances Wray lives with her mother in a big house in a genteel South London neighborhood. Her two brothers were killed in the war and her father died soon after, leaving behind a shocking mess of debt. The solution: renting out rooms to Leonard and Lilian Barber, members of the newly emerging “clerk class,” the kind of people the Wrays would normally never mix with but who now share their home. Tension is high from the first paragraph, as Frances waits for the new lodgers to move in: “She and her mother had spent the morning watching the clock, unable to relax.” The first half of the book slowly builds the suspense as Frances falls for the beautiful and passionate Lilian and teases at the question of whether she will declare her love; when she does, the tension grows even thicker, as the two bump into each other all over the house and try to find time alone for those vivid sex scenes. The second half, as in an Ian McEwan novel, explores the aftermath of a shocking act of violence. Waters is a master of pacing, and her metaphor-laced prose is a delight; when Frances and Lilian go on a picnic, “the eggs [give] up their shells as if shrugging off cumbersome coats”—just like the women. As life-and-death questions are answered, new ones come up, and until the last page, the reader will have no idea what’s going to happen.

Waters keeps getting better, if that’s even possible after the sheer perfection of her earlier novels.