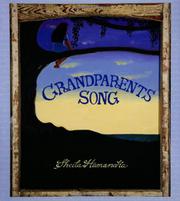 Stunning illustrations inspired by folk art illuminate Hamanaka’s song celebrating the diversity of a young American girl’s heritage and her roots in the land. “My eyes are green like the sea, like the sea and my hair is dark and blows free, blows free.” Many of the pictures are framed with old wood, but one is framed with twigs, another is topped by a saw, and another by beadwork and horse hair on a rich red background. The grandparents’ pictures contain intricate cultural details, particularly in the decoration of the frames. The girl sings of her mother’s mother and father—one of Native American and one of northern European descent, and of her father’s father and mother, one with African and one with Mexican heritage. The grandparents came from the sun, from the earth, and from east and west, and they came in search of freedom. The father’s page is breathtaking in its congruence of words and pictures: “Father says he came from the South, from the South where the scent of magnolia lulls the cottonmouth.” Father, mother, and daughter stand beside an avenue of trees leading to a stately plantation reminiscent of Oak Alley, Louisiana. Cotton clouds emerge from a basket to float gently over their heads. Barely visible in the foreground are tiny images of slaves picking cotton. Encircling the picture is a sinuous shape marked by the black and brown patterns of a cottonmouth snake that at one point eerily morph into figures with peaked hoods, a noose, and a burning cross. A lush white magnolia blossom fills the snake’s open mouth. This is no romanticized vision of the past; it is rich and multi-layered. Like the beautiful child who gracefully combines the sometimes conflicted heritage of her ancestors, this lovely work combines diverse artistic traditions to create a whole that is, like the American family tree, beautiful and strong. (Picture book/poetry. 6-9)