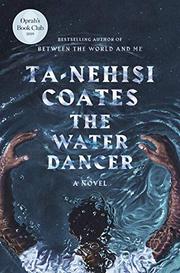 The celebrated author of Between the World and Me (2015) and We Were Eight Years in Power (2017) merges magic, adventure, and antebellum intrigue in his first novel.

In pre–Civil War Virginia, people who are white, whatever their degree of refinement, are considered “the Quality” while those who are black, whatever their degree of dignity, are regarded as “the Tasked.” Whether such euphemisms for slavery actually existed in the 19th century, they are evocatively deployed in this account of the Underground Railroad and one of its conductors: Hiram Walker, one of the Tasked who’s barely out of his teens when he’s recruited to help guide escapees from bondage in the South to freedom in the North. “Conduction” has more than one meaning for Hiram. It's also the name for a mysterious force that transports certain gifted individuals from one place to another by way of a blue light that lifts and carries them along or across bodies of water. Hiram knows he has this gift after it saves him from drowning in a carriage mishap that kills his master’s oafish son (who’s Hiram’s biological brother). Whatever the source of this power, it galvanizes Hiram to leave behind not only his chains, but also the two Tasked people he loves most: Thena, a truculent older woman who practically raised him as a surrogate mother, and Sophia, a vivacious young friend from childhood whose attempt to accompany Hiram on his escape is thwarted practically at the start when they’re caught and jailed by slave catchers. Hiram directly confronts the most pernicious abuses of slavery before he is once again conducted away from danger and into sanctuary with the Underground, whose members convey him to the freer, if funkier environs of Philadelphia, where he continues to test his power and prepare to return to Virginia to emancipate the women he left behind—and to confront the mysteries of his past. Coates’ imaginative spin on the Underground Railroad’s history is as audacious as Colson Whitehead’s, if less intensely realized. Coates’ narrative flourishes and magic-powered protagonist are reminiscent of his work on Marvel’s Black Panther superhero comic book, but even his most melodramatic effects are deepened by historical facts and contemporary urgency.