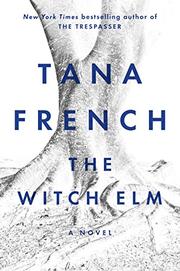 A stand-alone novel from the author of the Dublin Murder Squad series.

French has earned a reputation for atmospheric and existentially troubling police procedurals. Here, the protagonist is a crime victim rather than a detective. Toby Hennessy is a lucky man. He has a job he enjoys at an art gallery. He has a lovely girlfriend named Melissa. And he has a large, supportive family, including his kind Uncle Hugo and two cousins who are more like siblings. As the story begins, Toby’s just gotten himself into a bit of a mess at work, but he’s certain that he’ll be able to smooth things over, because life is easy for him—until two men break into his apartment and brutally beat him. The damage Toby suffers, both physical and mental, undermines his sense of self. His movements are no longer relaxed and confident. His facility with words is gone. And his memory is full of appalling blanks. When he learns that his uncle is dying, Toby decides that he can still be useful by caring for him, so he moves into the Hennessy family’s ancestral home, and Melissa goes with him. The three of them form a happy family unit, but their idyll comes to an abrupt end when Toby’s cousin’s children find a human skull in the trunk of an elm tree at the bottom of the garden. As the police try to solve the mystery posed by this gruesome discovery, Toby begins to question everything he thought he knew about himself and his family. The narrative is fueled by some of the same themes French has explored in the past. It’s reminiscent of The Likeness (2008) in the way it challenges the idea of identity as a fixed and certain construct. And the unreliability of memory was a central issue in her first novel, In the Woods (2007). The pace is slow, but the story is compelling, and French is deft in unraveling this book’s puzzles. Readers will see some revelations coming long before Toby, but there are some shocking twists, too.