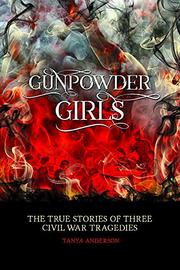 During the Civil War, with many men serving in both armies, young women, and even girls, joined the work force, finding employment in armories.

Unfortunately for this hardworking group, the jobs they were often assigned were spectacularly perilous. The projectiles for rifles and muskets of the era were handmade. Large caliber minié balls were inserted into the front end of rolled paper cartridges filled with gunpowder, and the whole lethal package tied up with string, or “choked.” The young women sat on benches for hours at a time, assembling the cartridges. Gunpowder pervaded the workrooms, and the women, clad in long, hoop-skirted dresses, would have little chance of escape in the event of an accident. Anderson describes three tragic explosive disasters: the Allegheny Arsenal in 1862 (78 dead), the Confederate States Laboratory in 1863 (48 dead), and the Washington Arsenal in 1864 (21 dead). In clear, engaging prose she introduces some of the victims and describes the horrific incidents. Photographs, maps, diagrams, and numerous informative (but intrusive) text boxes round out the presentation. Extensive backmatter adds gravitas. The employment plight of so many women of the era—few jobs and low pay—is amply illustrated.

This grim, enlightening tale is most likely to appeal to those who seek out disaster stories or have an interest in American history.