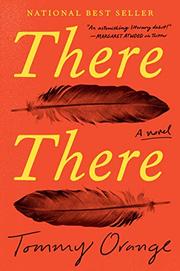 Orange’s debut novel offers a kaleidoscopic look at Native American life in Oakland, California, through the experiences and perspectives of 12 characters.

An aspiring documentary filmmaker, a young man who has taught himself traditional dance by watching YouTube, another lost in the bulk of his enormous body—these are just a few of the point-of-view characters in this astonishingly wide-ranging book, which culminates with an event called the Big Oakland Powwow. Orange, who grew up in the East Bay and is an enrolled member of the Cheyenne and Arapaho Tribes of Oklahoma, knows the territory, but this is no work of social anthropology; rather, it is a deep dive into the fractured diaspora of a community that remains, in many ways, invisible to many outside of it. “We made powwows because we needed a place to be together,” he writes. “Something intertribal, something old, something to make us money, something we could work toward, for our jewelry, our songs, our dances, our drum.” The plot of the book is almost impossible to encapsulate, but that’s part of its power. At the same time, the narrative moves forward with propulsive force. The stakes are high: For Jacquie Red Feather, on her way to meet her three grandsons for the first time, there is nothing as conditional as sobriety: “She was sober again,” Orange tells us, “and ten days is the same as a year when you want to drink all the time.” For Daniel Gonzales, creating plastic guns on a 3-D printer, the only lifeline is his dead brother, Manny, to whom he writes at a ghostly Gmail account. In its portrayal of so-called “Urban Indians,” the novel recalls David Treuer’s The Hiawatha, but the range, the vision, is all its own. What Orange is saying is that, like all people, Native Americans don’t share a single identity; theirs is a multifaceted landscape, made more so by the sins, the weight, of history. That some of these sins belong to the characters alone should go without saying, a point Orange makes explicit in the novel’s stunning, brutal denouement. “People are trapped in history and history is trapped in them,” James Baldwin wrote in a line Orange borrows as an epigraph to one of the book’s sections; this is the inescapable fate of every individual here.

In this vivid and moving book, Orange articulates the challenges and complexities not only of Native Americans, but also of America itself.