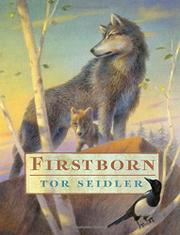 A magpie who befriends a wolf tells their story.

Maggie the magpie, hatched in a pine tree on a ranch in Montana, is unimpressed with her parents’ lack of imagination in naming her Maggie and discontented overall with magpie life. After the death of her mentor, Jackson the crow, and a near-brush with a fox who, at the last moment, is scarfed up by a wolf, Maggie flies away from the ranch. She encounters the large wolf who saved her and discovers his name is Blue Boy and that he is making his way back to Canada after being forcibly relocated to Yellowstone National Park. The two form a mutually useful relationship—Maggie locates game from her airy vantage point, and Blue Boy hunts it down—and Maggie sees no reason why she “shouldn’t accompany this amazing meal ticket on his journey.” As months slide into years, Maggie’s relationship with Blue Boy grows beyond food. She shares his joys and struggles as he is wounded by ranchers, finds a mate and a pack, settles back in Yellowstone, and sires and raises pups. Seidler’s tale, narrated by the precocious Maggie and filled with her droll observations, brims with rivalries and treachery as well as selfless acts and unrequited love.

A rich tale of the wild that quickens the pulse and fills the heart.