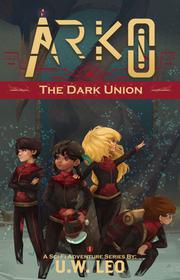 In this middle-grade SF/fantasy debut, a group of bright kids makes a world-changing discovery in Mexico.

Ben, Ariel, and three of their friends, who live in Israel, are spending their summer vacations with their scientist parents in Yucatán. Ariel’s father leads a team researching Mayan priests, but it’s the 12-year-old kids who unearth a significant find. While off on their own, they enter a cave leading to a cylindrical machine. This seven-seater, which apparently runs on automatic pilot, takes the gang, which includes Amir, Gaia, and Abigail, to a room of amazing sights. Most astonishing is a collection of dinosaurs, from reptilian creatures in aquariums to Pterosaur eggs. The friends’ parents soon join Ben and the others, and the group surmises that the kids “activated” this special room telepathically. So when the Pterosaur babies hatch, the youngsters wear EEG helmets to link their brainwaves with the dinosaurs’. Each tween chooses, names, and ultimately rides a Pterosaur, as the five reptiles soon learn how to fly. Though the parents wisely keep this discovery a secret as long as possible, dangerous people track them down and demand specifics on the dinosaurs. Leo’s series opener features a diverse cast of adolescents, including Native American Gaia and Russian immigrant Abigail. They’re each intelligent and much more levelheaded than the adults. The parents, for example, often bicker and grumble—scenes that the tale plays for laughs, such as a scientist telling her peers they’re “acting like babies.” The author shrouds the narrative in ambiguity as characters piece together myriad theories from a “series of assumptions,” hoping to explain everything that’s in the room. This entails a wide range of entertaining possibilities, like aliens and varying religions. An added menace amps up the story’s latter half when an environmental message slowly comes to light. Nevertheless, most readers will guess who the villains are well before the reveal.

An engaging tale of reemerging dinosaurs and superb tween heroes.