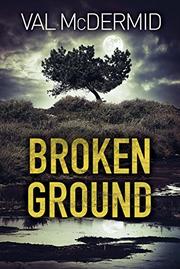 The accidental discovery of a body is the starting point for the latest mystery featuring the Scottish cold-case detective Karen Pirie.

Karen is still working in the historical crimes unit and recovering from the death of her lover. Her burden is made heavier because her boss, using Karen's tendency to flout the rules as an excuse, wants to get rid of her. To that end, she's made an addition to Karen's unit, an arrogant cop meant to function as a snitch. When a woman decides to unearth the two vintage American motorcycles her grandfather buried near the end of World War II, she gets a surprise when she finds a body (preserved by the surrounding peat bog) where the second bike should be. Karen's investigation predictably leads her to trouble when clues point to a well-regarded property developer out to benefit those on the lower economic rung. The novel is laced with details about the difficulties—and the price—of life in Edinburgh, and this feeds nicely into the part of the plot that deals with the developer who becomes a suspect. A subplot about domestic violence, though it involves settings introduced earlier in the series, takes over the book just as the plot about the body buried in the bog is gearing up. One of the best things about this series is the details of Karen's working life, the obstacles as well as the satisfactions, and the small pleasures of her off hours.

The mystery itself has a stop-start rhythm, but as a novel about the too-consuming work life many of us lead, it's timely and recognizable.