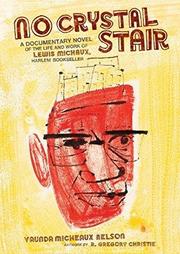 A Documentary Novel of the Life and Work of Lewis Michaux, Harlem Bookseller

Lewis Michaux provided a venue for his fellow African-Americans to have access to their own history and philosophy at a time when the very idea was revolutionary.

Michaux’s family despaired of him, as he engaged in petty crime and was obviously headed in the wrong direction. He began to read, however, and discovered a connection to the writings of Marcus Garvey and others, and he determined that knowledge of black thinkers and writers was the way to freedom and dignity. With an inventory of five books, he started his National Memorial African Bookstore as “the home of proper propaganda” and built it into a Harlem landmark, where he encouraged his neighbors to read, discuss and learn, whether or not they could afford to buy. His clients included Malcolm X, Muhammad Ali, Langston Hughes and Nikki Giovanni. Nelson, Michaux’s great-niece, makes use of an exhaustive collection of interviews, articles, books, transcripts and FBI files, filling in the gaps with “informed speculation.” Brief entries arranged in mostly chronological order read seamlessly so that fact and fiction meld in a cohesive whole. Michaux’s voice blends with those of the people in his life, providing a full portrait of a remarkable man. Copious illustrations in the form of photographs, copies of appropriate ephemera and Christie’s powerfully emotional free-form line drawings add depth and focus.

A stirring and thought-provoking account of an unsung figure in 20th-century American history.