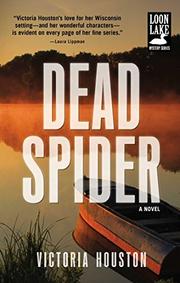 The murder of a wealthy and well-known Wisconsin resident causes major headaches for a small-town police chief.

Chuck Pfeiffer, who owns the chain of Pfeiffer’s Fishing, Golf and Shooting Sports stores, is pleased to sponsor a fishing tournament that offers free food, beverages, and prizes to all who attend the annual Loon Lake Youth Fishing Tournament. When Pfeiffer is shot dead during a makeshift teen-inspired fireworks display, police chief Lewellyn “Lew” Ferris knows she’ll be investigating her biggest case, with lots of pressure from everyone from the governor on down. She counts for help on her friend, retired dentist Paul Osborne, who has forensic expertise and often works as a special deputy. Pfeiffer is far from the most popular man in Wisconsin. His ex-wife, Ginny, their son, Jerry, their daughter-in-law, Charlotte, and Ginny’s other now-deceased ex-husband, Martin, whom Pfeiffer replaced, all had major issues with Pfeiffer and his current wife, the much younger Rikki, who has a son she’s grooming to run the business. Ginny lives in Florida, but Jerry and Charlotte attended the tournament. Doc Osborne can supply plenty of background because he’s full of tales about Pfeiffer, many gleaned from his mother, who was a bridge buddy of Martin’s mother. But no one seems to have witnessed the murder, which took place in a booth Pfeiffer was manning. Fireworks covered the noise, and everyone who passed thought Pfeiffer was just napping. So a call goes out for any photos and videos taken at the tournament. Although the response is overwhelming, Lew and Doc, with the help of a specialist, hope to pick up clues that will help them solve a murder with multiple suspects that took place in broad daylight among hordes of potential witnesses.

Houston (Dead Loudmouth, 2016, etc.) can always be counted on for detailed depictions of a beautiful area known for fine fishing. This time she adds a better than average mystery as well.