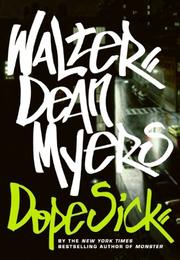 Street life on DVR. After a botched drug deal leaves a cop fighting for his life, Jeremy Dance (aka Lil J) knows that’s he made some bad decisions. Seeking refuge in an abandoned building, Jeremy runs into Kelly, a mysterious man who has a remote control that allows Jeremy to review his life and change one critical decision. Together they view key moments and discuss what Jeremy did or did not do to end up where he is now. Lil J’s blend of street bravado and uncertainty never really comes through effectively, leaving readers with a whining narrator. The supporting characters have vivid page presence, however, in stark contrast to the main character’s dull personality. The disjuncture between Jeremy’s language when he is reminiscing about his untroubled home situations and his discussion of street life does show genuine character development, but it is not enough to compensate for the thin premise. An ambiguous ending coupled with the fantastical slant further diminish the message. In his most recent urban young adult title since Street Love (2007), Myers delivers a solid tale, but misses the nuances. (Fiction. YA)