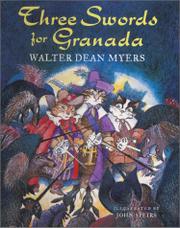 A turgid animal fantasy features Spanish cat musketeers crossing swords with thuggish dog invaders. Fearful but resolute Askia, chubby but loyal Paco, and fearless but female Lacy find themselves in an elite circle of cat conspirators plotting resistance to the foul-breathed Fidorean Guards. The wise and ancient Pietro is the heart and soul of the cat underground, and he sets the three friends to a series of tasks that test them and their fitness to take part in the cat revolution. The tasks seem curiously unrelated to the goal—busy work accomplished easily despite narrative bluster—and the inevitable and eventual defeat of the Fidorean Guards is assured when an enormous cat host masses against the inept hounds, begging the question, how was is it that the Fidorean Guards managed to mount a successful invasion in the first place? Actually, many questions go begging in this slim volume that never seems to end: Where did the Fidorean Guards come from? Why does Pietro, Spanish patriot, have an Italian name? How is it that Speirs’s (The Little Boy’s Christmas Gift, not reviewed, etc.) busy pen-and-ink washes depict costumes from a time 200 years after the 1420 setting? How is it that Myers (Patrol, p. 663, etc.), so sure a wordsmith most of the time, can produce the clunky prose that causes the narrative to trip on itself with almost every turn of the page? “Askia was angry when he left Omar, but he knew that his anger would not be enough to save Lacy. Tava had called him young and hot-blooded, but now was the time for him to be more, to reach inside himself and discover who he really was.” Is it possible that the chapter-book crowd is secretly crying out for a medieval animal fantasy? This, alas, cannot possibly be what they are hoping to get. (Fiction. 7-10)