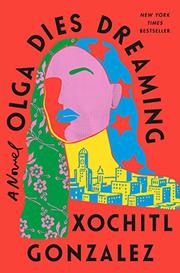 Warmhearted but tough-minded story of a sister and brother grappling with identity, family, and life goals in gentrifying Brooklyn.

Olga and Prieto Acevedo grew up in Sunset Park, in one of the first Puerto Rican families to move into a then-White working-class neighborhood. Now Olga lives in a Fort Greene high-rise and is a very high-end wedding planner. Prieto is back in the family house with his grandmother after a divorce; he’s a congressman fighting for his district—except when he’s shifting his vote at the behest of the Selby brothers, sinister real estate developers who have compromising photos of very closeted Prieto having sex with a man. The siblings both have bad consciences about having compromised the ideals of their mother, a radical activist for Puerto Rican independence who abandoned the family when Olga was 12 and is now a fugitive. Vivid portraits of various friends and relatives capture the richness of Nuyorican culture, and sharp-eyed observations of the Brooklyn social and political landscape underpin a busy plot. It climaxes with the catastrophic impact of Hurricane Maria on Puerto Rico, where their mother has become the leader of a revolutionary group called the Pañuelos Negros. An actual boyfriend for the previously commitment-phobic Olga prompts her to reassess a career focused on making lots of money, while an HIV scare goads Prieto to question the need to hide his true self. Supported by Tía Lola and their cousin Mabel, sister and brother also begin to realize how their mother has manipulated them for years with her chastising letters, which are scattered throughout to offer grim examples of fanatical political commitment. Nonetheless, debut novelist Gonzalez’s stinging and knowledgeable commentary about the American sociopolitical order that keeps Black and brown people poor and powerless suggests that radical remedies are called for, even if she gives the personal dramas of her appealing main characters pleasingly hopeful final acts.