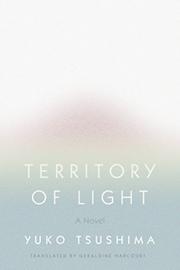 This lovely, melancholy novel painstakingly documents a year in one young woman’s life.

A woman and her husband are looking for an apartment. It’s not for them to share; her husband is leaving her but wants to find her a new place because, he says, “I won’t be able to sleep at night knowing you’re in some dump.” The nameless young woman, who narrates Tsushima’s (The Shooting Gallery, 1997) slim novel, eventually finds an apartment filled with light for herself and her young daughter. That might sound like a good augury, but the reality is more complicated. The novel’s 12 chapters—originally published serially—document the narrator’s struggle to build a new life. It’s not a one-way journey. This is mid-1970s Tokyo, and divorce isn’t exactly common: The narrator finds herself isolated from her old friends and determined not to ask her mother for help. She makes mistakes—drinks to excess, loses patience with her daughter, oversleeps, oversleeps again. The subject matter is partially based on Tsushima’s own childhood: Her father, the celebrated writer Osamu Dazai, committed suicide a year after she was born. She has returned to the subject in several of her books, always with great sympathy and a nuanced respect for her characters. Tsushima’s prose is achingly elegant, well worth lingering over. But there’s also a quiet simplicity, even banality, to her style and what she allows us to see of her narrator’s life: domestic rituals like waking up, washing, shopping for groceries, cooking, and all the rest. Grace hovers above the banal and the transcendent alike.

Each chapter is as elegant and self-contained as a pearl or a perfectly articulated drop of water.