10 Top Summer Reads in YA 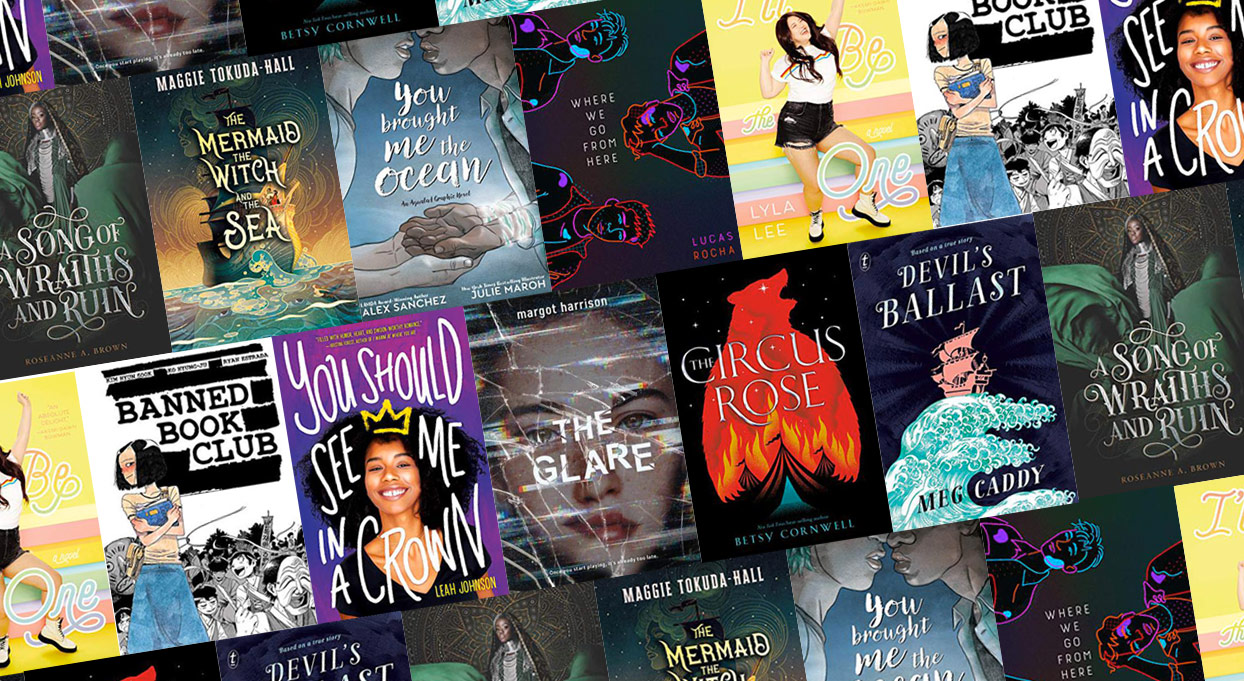 The Mermaid, the Witch, and the Seaby Maggie Tokuda-Hall (Candlewick, May 5): “Set against the backdrop of colonial expansion, this nautical fantasy goes beyond mere swashbuckling to examine the impacts of imperialism and misogyny. Absolutely enthralling.”

Banned Book Club by Hyun Sook Kim and Ryan Estrada; illustrated by Hyung-Ju Ko (Iron Circus Comics, May 19): “Disturbing elements of political corruption and loss of human rights are lightened by moving depictions of sweet, funny moments between friends. A tribute to young people’s resistance in the face of oppression.”

A Song of Wraiths and Ruin by Roseanne A. Brown (Balzer + Bray/HarperCollins, June 2): “Brown’s complex plot winds and races from beginning to end…and her exceptionally well-built world is infused with North and West African tricksters, naming conventions, and religious traditions.”

You Should See Me in a Crown by Leah Johnson (Scholastic, June 2): “Johnson does an excellent job of portraying the anxiety and internalized self-hatred from being different in a mostly white, affluent small town. The queer prom romance you didn’t know you needed.”

You Brought Me the Ocean: An Aqualad Graphic Novel by Alex Sanchez; illustrated by Julie Maroh (DC, June 9): “Jake Hyde finds out that the ‘birthmarks’ on his body that he self-consciously keeps covered grant him the power to control water. A worthy, diverse addition to the DC Universe.”

I'll Be the One by Lyla Lee (Katherine Tegen/HarperCollins, June 16): “Slathers on all the juicy drama, high emotion, and kick-ass performances you’d expect from a K-pop talent competition but also has quieter moments where true friendships and a swoony romance develop.”

The Circus Rose by Betsy Cornwell (Clarion/HMH, June 16): “A queer reimagining of ‘Snow-White and Rose-Red.’ This creative exploration of chosen family, self-knowledge, love, and the tension between opposites is both timely and timeless.”

Devil’s Ballast by Meg Caddy (Text, July 14): “A swashbuckling fictional account of two of the world’s most infamous pirates. Caddy maintains historical authenticity throughout, neither dampening the violence of the setting nor the dangers of having a marginalized body.”