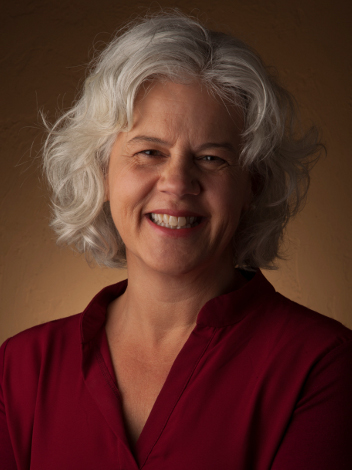 The disturbing events recounted in Beth Macy’s Truevine bring to mind a Harry Crews Southern Gothic novel. Macy’s second nonfiction book, the product of a quarter century of research, examines the kidnapping and enslavement of two albino African-American brothers, George and Willie Muse, of Truevine, Virginia. Forced to appear as freaks in circus sideshows, the brothers rose to stardom in the early 20th century. Eventually, their resolute mother, Harriett, dramatically rescued the siblings during a sideshow performance in 1927. Our reviewer called this moving examination of racial injustice, which received a Kirkus Star, a “first-rate journey into human trafficking, slavery, and familial bonding” and “an engrossing example of spirited, determined reportage.” The author’s 2014 debut, Factory Man, about the struggles of a Southern businessman to save his furniture company and manufacturing jobs, also earned a Kirkus Star. Macy, a former reporter for the Roanoke Times in Virginia, lives with her husband and two rescue dogs in Roanoke.

It took you years to get any relatives of the Muse brothers to talk to you about their story. What do you think convinced them?

Robert Caro’s mantra is “time equals truth,” and that’s so applicable here: for 25 years, I just kept going back to the family, hanging out at the Goody Shop (the matriarch’s restaurant), and getting to know them. In the meantime, I wrote hundreds of stories they read (and judged). They had to really know me, read me, and trust that I’d be fair before they opened up. Even then, only a few relatives participated. Now that I know the way the media treated the family earlier, I understand the mistrust.

Did anything surprise you about the Muse brothers’ treatment within the various circuses and sideshows?

The media coverage of the Muses during their first 30 years with the circus was cruel, dismissive, and flat-out inaccurate. Embedded in all the portrayals—most spoon-fed by circus agents—was the notion that blacks were subhuman beings. Even when their mother got the brothers back and won a settlement for their back wages, publications ranging from the Roanoke Times to the New Yorker and the New York Times mocked the family, never once soliciting their point of view.

One of the most heartrending moments in your book is the riveting rescue of the brothers, who had been told that Harriett was dead. She risked her life confronting the police and circus officials. You weren’t allowed to talk to Willie Muse, who was still alive when you started your research. How did you reconstruct this scene?

I interviewed family members. I studied scores of photographs and news accounts. I tracked down old building permits so I could describe the neighborhood they came home to. I interviewed very old but very sharp African-Americans who were living in Roanoke in 1927, including a then-11-year-old boy named A.L. Holland, who helped a blind man sell brooms after school—and was a vivid observer/describer of events. I drove people around the old neighborhood to jog their memories. Then I ran these accounts by race scholars and experts in circus history, photography, costuming, and trains to help me fine-tune my interpretation of events.

Truevine draws on years of investigative reporting and research and features numerous interviews with the brothers’ relatives and associates, circus and legal experts, Virginia townsfolk, and others. What was the most difficult part of your investigation?

There are so many more facts I wish I knew, such as what was going on in the brothers’ heads during their first years on the road. With an ever-looming deadline, it was tricky deciding how much time to spend chasing a fact before pronouncing it “unknowable,” and even then I couldn’t be sure. How I wished to find a trove of letters or documents in an attic somewhere!

As a white author who writes about racial injustice in the Jim Crow South, how do you think your work resonates with the Black Lives Matter movement?

The majority of white Americans don’t want to talk about race; it’s uncomfortable. Slavery happened more than a century ago, they reason, and people alive today had nothing to do with it. But the particulars of stories like Truevine, including all the micro-aggressions I documented—they are still at the marrow of life in America today. This summer a journalist friend was visiting from South Africa and I took her to a picnic in Jordan’s Alley [in Roanoke], where she asked a resident for her take on contemporary race relations. “It’s all just a veneer, like candy coating,” the woman said. “All it takes is one little rain, one little incident, and the coating melts.” I hope Truevine inspires understanding in readers, black and white, because I think empathy is maybe the only way to restore the failing veneer. If Black Lives Matter had existed during Harriett Muse’s time, she would have been leading the march. Instead, she had to persist, quietly and cleverly, subverting the system at every turn. She’s a total badass in my book.

I’m working on what I think of as Factory Man, Part Two, a nonfiction narrative that delves into the opioid and heroin epidemic as it plays out in rural, post-industrial America.

Myra Forsberg is an Indie Editor.