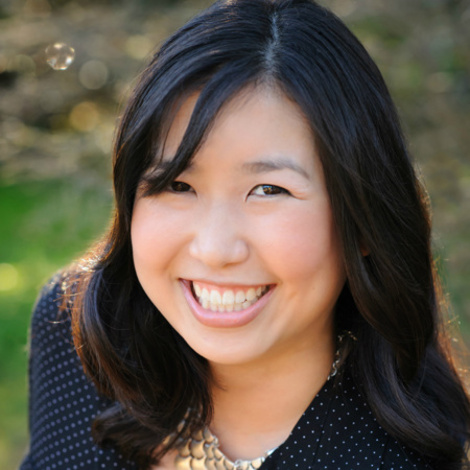 Books are mysterious things. They can make you feel emotions you weren’t expecting to feel; they can change your mind. Some books have the power to make people do strange, even hateful, things. The book at the heart of teen writer Traci Chee’s “cleverly layered” and “enchanting” fantasy YA novel The Reader is more mysterious than most books, though. Sefia, the teen who possesses the book, learns that the book may be the key to solving the murder of her father and the disappearance of her aunt. As her enemies pursue Sefia in an effort to obtain the book, the reader of The Reader is hooked by Chee’s propulsive, suspenseful narrative. Chee is a debut writer recently named a 2016 Kirkus Prize finalist for Young Readers’ Literature. We asked her a few questions recently over email about the book.

You’ve created such a vivid world in The Reader that it’s tempting to assume that the vision for the novel came to you in one quick thunderbolt. Although that assumption is probably inaccurate, how did the idea for The Reader, and the series in general, come to you?

I’ve been enamored with books ever since I was a child, but I feel like I had this one really dramatic moment of falling in love with books again as an adult. I was at UC Santa Cruz getting my undergraduate degree in creative writing when one of my instructors took the class to the McHenry Library to view their special collections. There, I found books in so many forms—a book made out of a high-heeled shoe! a book made out of metal, with circuitry instead of words!—it completely changed the way I thought about reading and writing and literacy. There’s a line in The Reader that goes, “Could anything be a book, if you knew how to read it?” which I think sums up pretty well what I was thinking at that moment. The world and the magic system in The Reader have evolved as I’ve learned more about literacy and book forms, but that one idea—wondering how we make, record, and transmit meaning—came out of that first eye-opening experience.

Diversity is obviously a crucial element of The Reader. How did you go about creating such a diverse makeup of characters in the novel? How did you imagine how racial differences might play out (or not) when they don't come with our real-world baggage?

We live in a diverse world, but I think our media often neglects to portray the rich array of people and experiences that make up our society—so much so that the default character setting has become predominantly white, heterosexual, and male (as well as cisgender, able-bodied, and neurotypical). It’s important to me to try to contribute to the growing diversity in children’s books, so all kinds of readers can see themselves in literature. When I sat down to write The Reader, I wanted to try creating a world that adjusted the default. I incorporated characters with varied skin tones, gave women prominent roles, and tried to be generally inclusive in the world-building. I still think we all have work to do when it comes to changing the default, but I hope that the world of The Reader is vivid and diverse, and as I learn more about other experiences, I hope to continue working toward becoming a better, more inclusive writer and more thoughtful citizen of the world.

The Reader features some “meta” moments: when sentences trail off, for example, and when a paragraph is blotted out. How involved were you in the design of the book and how did you decide where and how to plant these moments?

The book form is endlessly interesting to me. Ever since that revelatory moment in the library, I’ve been fascinated with unusual formatting and different ways of reading, and because The Reader is in part an exploration of the possibilities of what a book can do/be/say, I had a great number of ideas for heightening the text. I compiled a bunch of them for the designers at Penguin—Cecilia Yung, Marikka Tamura, and David Kopka—and I was absolutely thrilled when they came back with so much enthusiasm. It was their idea to hide a message in the page numbers, for example, and I think it’s such a delight to see how those pieces com

Other textual elements are pretty essential to the storytelling, and those I think are my favorite-favorite, because they’re woven into the plot as much as any other passage or paragraph. The blotted-out portion you mention is a great example—I’ve wanted to include it since the very beginning—because it feeds directly into this rather dramatic moment later on in the book, and it’s so much a part of the many story threads coming together that the scene wouldn’t be nearly as effective without it.

Of all the characters in The Reader, is there one whose story you are most looking forward to elaborating on in the next volume of the series?

I think The Reader ends with some pretty big upheavals and reveals, and without giving too much away, I can say I’m really excited about what happens as we learn more about the boy—who he was, who he is, and who he will become.

Claiborne Smith is the editor in chief.