2020 Preview: Our YA Editor on Great New Releases 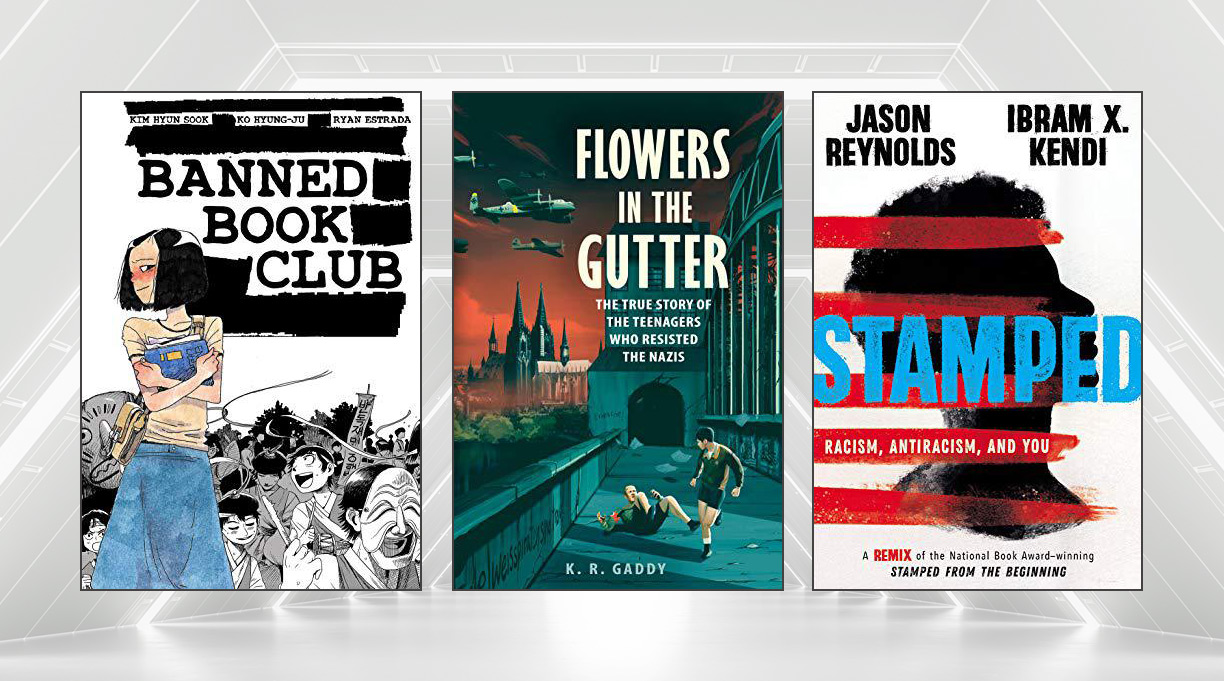 Although fiction is most frequently used to teach the mechanics of reading to young children, the reality is that the bulk of most people’s daily reading consists of nonfiction—instruction manuals, tax returns, contracts, political manifestoes, permission slips, medical instructions, news articles, recipes, meeting agendas, minutes, and so on. Nonfiction reading comprehension is critical to daily survival, professional success, and a flourishing democracy, yet YA nonfiction books—which support this essential life skill—are surprisingly thin on the ground and often overlooked in the buzz over fiction.

Fortunately, the titles I do receive, few though they are, are consistently of very high quality. Below are three early 2020 YA nonfiction releases that are especially worthy of attention—ideal for pleasure reading, book clubs, or classroom use. They make informative, engaging reads for adults as well.

Flowers in the Gutter: The True Story of the Teenagers Who Resisted the Nazis by K.R. Gaddy (Dutton, Jan. 7) is a thoroughly researched account of the Edelweiss Pirates, a loose coalition of young people in Nazi Germany who defied the authorities by meeting outside the officially sanctioned framework of the Hitler Youth. Many of them had socialist and communist sympathies and understood that they were risking their lives through their activities. The book opens with a bang, as several members of the Cologne Edelweiss Club went to the central train station and, in a daring stunt, scattered dozens of anti-Nazi flyers. These young dissidents, whose members are difficult to count but who numbered at the minimum in the hundreds, possibly thousands, have long been overlooked in the history of resistance movements, perhaps because they seemed to be scruffy, left-leaning youths from working-class families. Their story does not fit as comfortably into the narrative that praises those such as the upper-middle-class, university-educated members of the White Rose. Nevertheless, the Edelweiss Pirates took significant risks, and some paid with their lives. Their story effectively complicates the accepted narrative, and learning about them will encourage young readers to look for nuance in the lives of those around them today.

K-pop and K-dramas have taken the world by storm with a fan base that is diverse in age and ethnicity, but how many are aware of the historical context from which the South Korean pop-culture industry emerged? The graphic memoir Banned Book Club by Hyun Sook Kim and Ryan Estrada, illustrated by Hyung-Ju Ko (Iron Circus Comics, May. 12), offers an unflinching look at the repressive military regime of South Korea’s 1980s Fifth Republic. Kim, a university freshman studying English language and literature, joined a secret book club consisting of students who read banned materials and distributed an underground newspaper. The oppressive, divisive government strategies they critiqued and the privilege that allowed some individuals to be apolitical bear a striking resemblance to the contemporary U.S. At one point, Kim asks, “How can [President] Chun trick everyone? How do people not see what’s happening?” Her co-conspirator replies, “He doesn’t care if we believe him or not. He created such a divide between the people who believe his lies and those who don’t that the country is too torn apart to come together and properly oppose him.” This gripping story equals the suspense of the best thrillers but is all the more powerful for being true.

Stamped: Racism, Antiracism, and You: A Remix of the National Book Award–Winning Stamped From the Beginning by Jason Reynolds and Ibram X. Kendi (Little, Brown, March 10) is the work of a duo of staggering talents. Prolific, widely acclaimed author for young people Reynolds adapted the 2016 adult title by American University professor and Guggenheim Fellow Kendi, in the process offering teen readers a most precious gift. It is impossible to understand where America is today in terms of racial inequity without knowing what came before—yet, as the opening chapter proclaims, “this is not a history book.” Stamped offers a framework for making sense of the entrenched systemic obstacles that the U.S. faces in building a truly equitable society—obstacles that have tenacious roots in poisonous ideologies that use race to exclude black people from access to financial and political justice and influence. Reynolds takes Kendi’s original work of nearly 600 pages and doesn’t just condense it; he has reworked it in his inimitable voice, one that has the rhythm, movement, and beauty of poetry, inexorably drawing readers in. Kendi’s closely researched, persuasively argued points have been transformed into a small, easily digestible volume that will equip young readers with the knowledge and insight to actively analyze and critique public policy and popular culture alike.