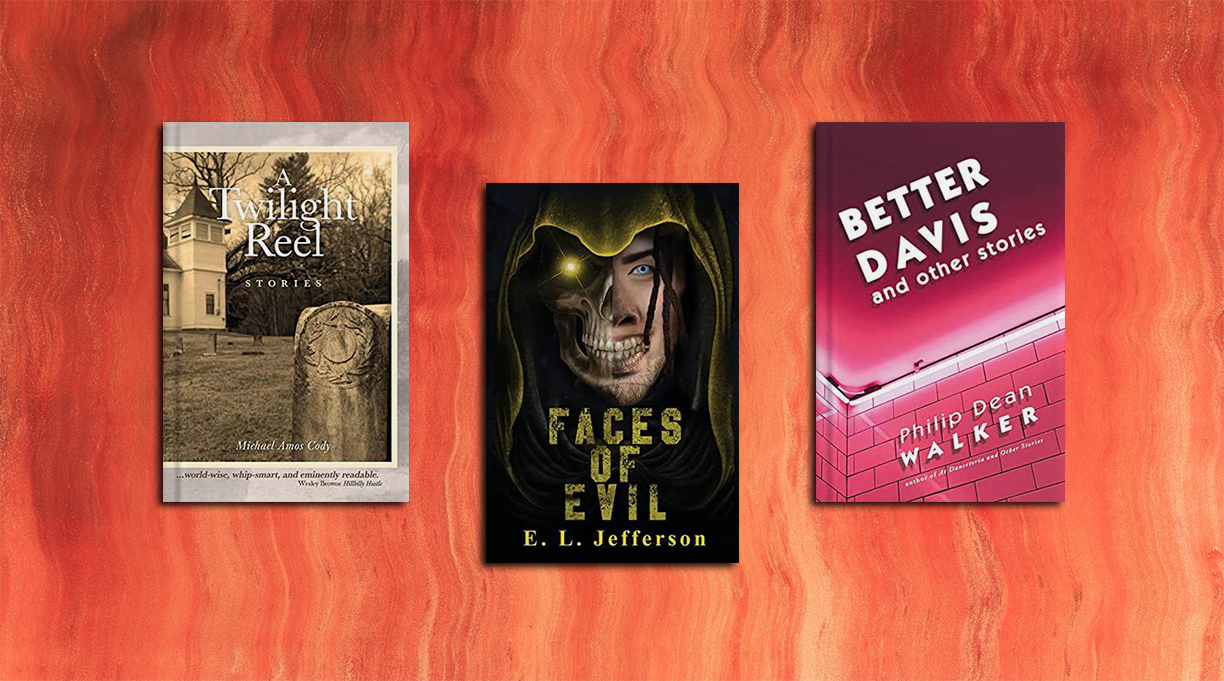 Background by by Pawel Czerwinski on Unsplash

In Better Davis and Other Stories, Philip Dean Walker explores showbiz in the early 1980s, when gay entertainers sought the spotlight while dealing with the specter of AIDS. The author mixes fictional characters with real-life figures, including Elizabeth Taylor, Maureen Stapleton, Natalie Wood, Michael Bennett, and Jim J. Bullock, co-star of the TV comedy Too Close for Comfort. “Rich, elegiac meditations on art, sex, and death,” our reviewer writes.

E.L. Jefferson’s Faces of Evil focuses on sinister events that affect his predominantly Black cast. The unsettling characters range from three robbers who target a mansion to a rude doctor who smokes, spouts racial tirades, keeps a liquor cabinet in his office, and specializes in tough love. The themes include retribution, betrayal, vigilante justice, and infidelity. Our critic calls these “addictive, frightening” tales “a memorable collection of provocative horror.”

A small Appalachian town in North Carolina in 1999 serves as the edgy setting for the 12 linked stories in Michael Amos Cody’s A Twilight Reel. The tales feature a minister who picks up a knife-wielding hitchhiker, a hapless college professor who copes with a disintegrating marriage and a senile woman, and two relatives who observe workers turning a timeworn church into a mosque. According to our reviewer, “The stories all sing on their own, but it is in the harmonizing of characters and events as they appear in multiple tales that the real joy of the collection is found.”

Myra Forsberg is an Indie editor.