3 New Biographies That Make the Past Come Alive 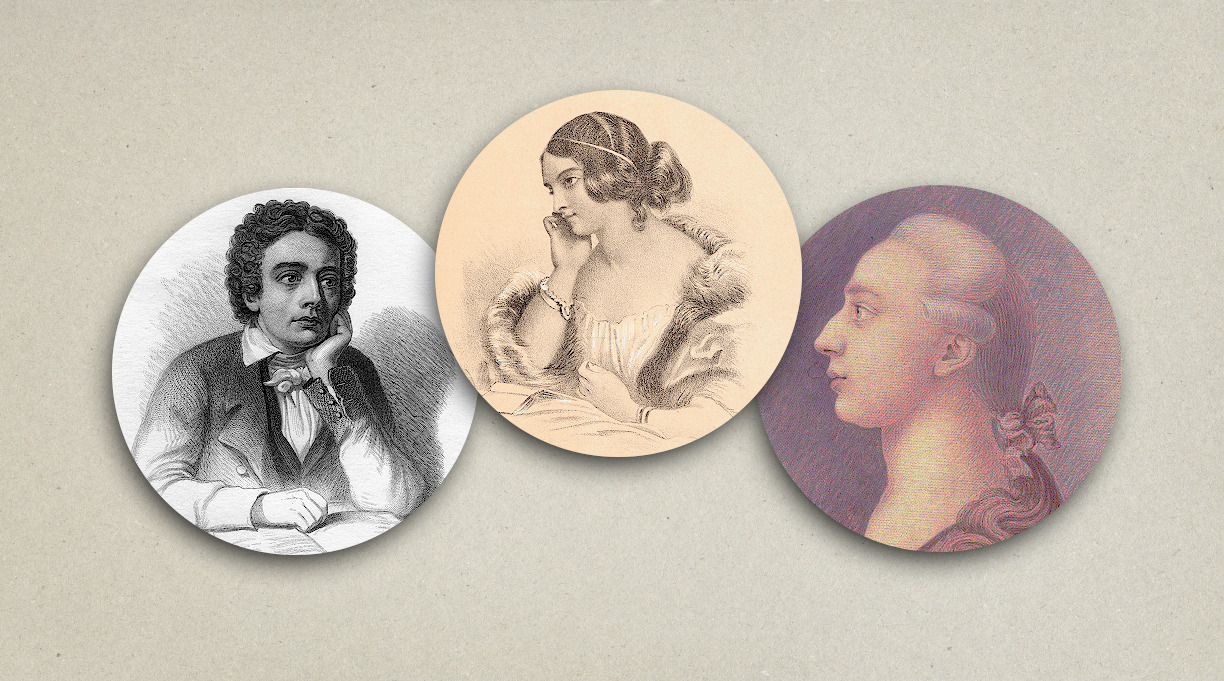 My literary sweet spots—where I reliably turn for pleasure reading—are literary fiction and memoir. But when I need a change of pace, I look to biography to broaden my perspective. I’ve always loved exploring a life in depth—and through it, forming a picture of a different place and time. Chronicling a contemporary life is challenging enough; I have wild respect for the biographers who pore over archival materials and fill gaps in the historical record to bring the past to life. Here are some new historical biographies that Kirkus has recently reviewed and recommended.

Keats: A Brief Life in Nine Poems and One Epitaph by Lucasta Miller (Knopf, April 19): I always enjoy a cradle-to-grave narrative, but some of the most fascinating biographies eschew this traditional approach to find unexpected paths into a life. The latest book from Lucasta Miller (a National Book Critics Circle Award finalist for L.E.L: The Lost Life and Scandalous Death of Letitia Elizabeth Landon, the “Female Byron”) fuses biography with literary criticism to tell the story of the short-lived English Romantic poet (1795-1821) whose work has endured for two centuries. The poems through which Miller views Keats will be familiar to anyone who has taken English Lit 101 (“A thing of beauty is a joy for ever”; “Ode to a Nightingale”), but by “subtly intertwining biographical detail with crisp readings of the poetry,” wrote our critic in a starred review, “Miller creates an insightful, vibrant portrait.”

The Case of the Married Woman: Caroline Norton and Her Fight for Women’s Justice by Antonia Fraser (Pegasus, May 3): Thirteen years Keats’ junior, Caroline Norton was herself a poet and the hostess of a London salon frequented by writers, painters, and politicians (including future Prime Minister Benjamin Disraeli). But her marriage to Member of Parliament George Norton was an unhappy and abusive one, and when she left him in 1836, he charged her with adultery and took custody of their three children and claimed her income as an author. Thus an activist was born: Caroline Norton went on to campaign for the Infant Custody Act of 1839, which gave mothers custody of children up to the age of 7; she continued to fight for divorce reform and women’s property rights until her death in 1877. This lively book, by the author of Marie Antoinette: The Journey and The Wives of Henry VIII, is an “intelligently illuminating biography and cultural history,” according to our review.

Adventurer: The Life and Times of Giacomo Casanova by Leo Damrosch (Yale Univ., May 24): One can only speculate what Caroline Norton would have thought of Giacomo Casanova (1725-1798), the 18th-century Venetian philanderer, gambler, diplomat, con man, and spy whose very name has come to be synonymous with seducer. His colorful autobiography—some 3,000 pages in modern editions—recounts at least 125 love affairs and other adventures; from it historians have learned a great deal about 18th-century European society. Damrosch, known for The Club: Johnson, Boswell, and the Friends Who Shaped an Age and the National Book Critics Circle Award–winning Jonathan Swift: His Life & His World, addresses Casanova’s contradictions and self-justifications directly, recognizing that contemporary readers will understand his actions with a heightened awareness of sexual assault and gender politics.